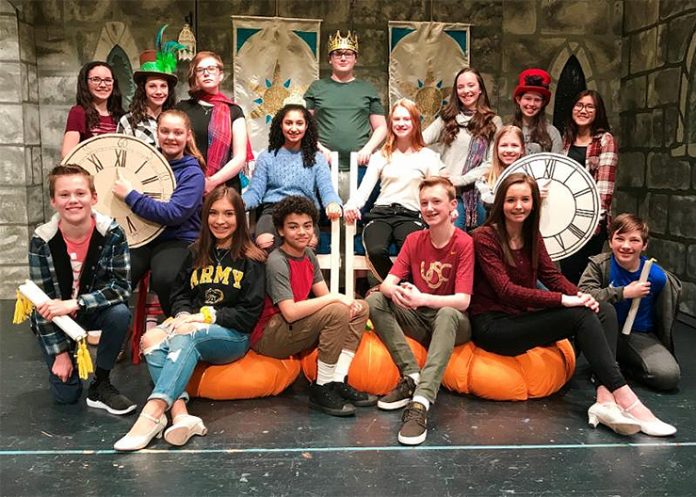 Maple Valley Middle School is preparing for its production of ‘Cinderella,’ with performances on March 22, 23, 29, and 30 at Maple View Middle School. Saturdays include an additional matinee performance at 2 pm.

According to Director Cheri Ayres-Graves, the middle school production of ‘Cinderella’ has a Cinderella character with slightly more spunk, goofy and endearing stepsisters and a prince that the audience actually gets to know, added Camille Long, choreographer. In fact, this prince has a name — Christopher — unlike many of the other versions, where he is known simply as “the prince.”

“It’s the classic version of the fairy tale you love, with a slightly more comedic twist,” said Ayres-Graves.

The play is recommended for ages 4 and older, and has a run time of about two hours, including intermission. Each of the matinees will include a photo opportunity for preschoolers and young children on the stage after the show with the prince and Cinderella.

Tickets may be purchased at the door using cash or check; $7 for students and seniors and $10 for general admission.