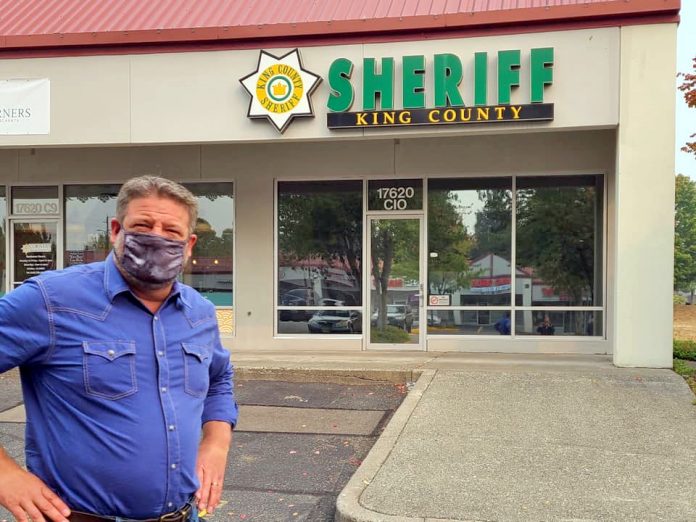 “The King County Council has cut the Sheriffs Office budget, and the Sheriff has announced the Storefront will be closed. This storefront helps keep the Deputies working the area IN the area. There are generally only two deputies working the area at any given time. Closure of the storefront would mean a 14 mile round trip to Maple Valley to complete tasks now done here in Fairwood. Response times for emergencies would be increased, as the most dangerous calls require both deputies to be present. In addition, the location of the storefront is leased well below market value, the landlord seeing value in having the presence on the property. Closing the storefront would save very little money. Fairwood has the largest unincorporated population left in King County,” said Shirley.

Fairwood Neighbors Mobilize
With an opportunity to show a strong presence, 200+ neighbors attended Monday’s Fairwood City Hall virtual meeting, hosted by council member Reagan Dunn. The Sheriff’s office and other issues were discussed during the meeting.

“Fairwood has about 35,000 people…They have 30 percent more crime than they did the last two years already this year, and it’s still September,” said Dunn.

“You just wait; you’re going to see spikes in crime. This sends a message. What we know is that aggressive enforcement of our laws works…if there aren’t consequences to your actions, then you see crime grow.”

Budget Released on Tuesday
Despite the significant budget cuts, it appears the Fairwood storefront post was saved from being closed.

In an email to a group of Fairwood neighbors and a post on his Facebook page, Dunn shared that the elimination of the storefront post was absent from the budget released yesterday.