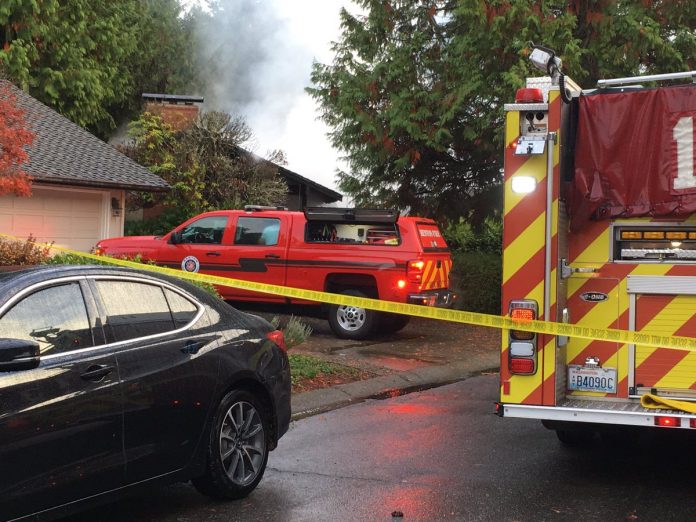 The King County Medical Examiner’s Office took possession of the body and later told investigators that the man had been dead for quite some time, possibly months.

Earlier today, investigators returned to the scene and were able to safely enter the house. During the search, investigators found the body of a man in a bedroom.  It appeared the man had died as a result of the fire, but the medical examiner will determine cause and manner of death after an autopsy is conducted.

Investigators learned that a 68 year-old man lived in the house, and his 65 year-old brother had lived with him in the past but had disappeared sometime in 2015.   Based on information obtained from the medical examiner, investigators believe the man found in the backyard was that of the younger brother.

Investigators have determined that the fire originated in the bedroom where one of the bodies was found.  The fire has been determined to be accidental.

Investigators said initial observations of the body found in the backyard did not indicate foul play occurred; however, investigators said they would wait for the cause and manner of death before making a final determination.   A missing person report had not been filed on the missing man.