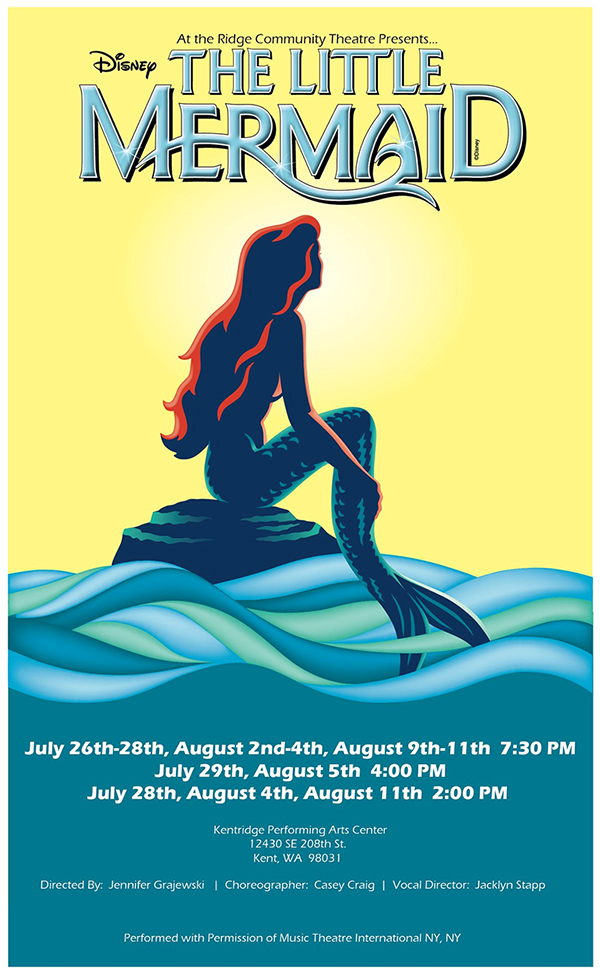 This summer’s production by At the Ridge Theatre is the stage production of Disney’s ‘The Little Mermaid,’ sure to be a hit with the little ones.

Hard to believe, the original animated movie was released in 1989. The stage version hit the stage in 2008, making it to At the Ridge’s stage at the Kent Performing Arts Center 10 years later.

Performances run Wednesday through Saturday, with curtain time at 7:30 pm. Two Saturday performances are will be at 2 pm and 7:30 pm, and an additional Sunday performance will be offered on August 5 at 4 pm.

‘The Little Mermaid’ is directed by Jennifer Grajewski. Casey Craig is Choreographer and Jacklyn Stapp is Vocal Director.